Founded in 1919, as an arm of Bristol University, the Campden site quickly became known as the leading UK authority on the processing of canned foods. The fledgling research station grew rapidly, moving into the new science of frozen foods in the 1950s and thereafter branching out into all areas of food processing and preservation. The original building (a feed pelleting operation constructed in 1900) now houses the administrative operation of the company and has been joined by extensive state-of-the-art laboratories, pilot plants and training facilities. 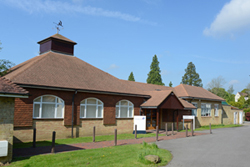 Purchased in 1948, by the Brewers' Society and the Institute of Brewing, the site in Nutfield quickly fulfilled its objective of providing a central research and development facility for the UK brewing industry. The focus initially was on fundamental and applied research on malting and brewing. The company successfully built on its scientific base to become the foremost provider of scientific support and technical services to the brewing industry worldwide, particularly in the key area of food safety. The site operates malting and brewing pilot plants, state-of-the-art laboratories and a sensory suite. It also houses an information centre and training facilities.

How to find us