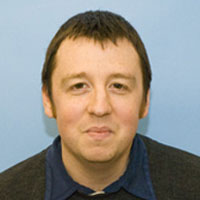 Robert Levermore has worked for Campden BRI since 1993. Rob began his career at Campden in the Biochemistry Section of the Chemistry and Biochemistry Department, where he assisted with a number of research projects, before moving into the Flavour and Taint Group in 1996, becoming manager of the group in 2005.

As Flavour and Taint Group Manager, Rob undertakes a wide range of analyses, covering both targeted analytical work for specific tainting compounds, and general screening of samples where a tainting odour or flavour has been detected, but its source is not known. He also provides expert advice on the results obtained, producing interpretative reports to assist clients in finding the root cause of any problems, and avoiding similar occurrences in the future.

Rob is also heavily involved in Campden BRI's work with Her Majesty's Revenue and Customs, providing both analytical services and technical advice. He also represents HMRC as the UK chemical delegate at a range of European Union meetings, both in Brussels and elsewhere.