Product development and the Responsibility Deal


The Public Health Responsibility Deal is a government–led initiative to tap into the potential for businesses and other influential organisations to make a significant contribution to improving public health. The range of pledges to which companies can sign up has recently been extended, and the Deal has received extra exposure in the media of late.


Those of relevance to food manufacturers include total calorie, fat and salt reduction. The pledges do not necessarily prescribe specific targets, but instead allow manufacturers to propose how they will comply with the pledge. However, there are specific objectives, such as the new saturated fat pledge, in which signatories agree to work towards helping the population meet the goal of saturated fat contributing no more than 11% of total food energy.


The Deal poses several questions for those involved with product development. One common issue is the question of degree. When reducing salt, fat or sugar levels, for example, do you go down the route of reducing it by a significant margin, potentially allowing a nutrition claim to be made (and highlighting that the product might taste different), or is it best to reduce by a series of smaller margins (by stealth), as has been done by many bread manufacturers when reducing salt, so that changes are more easily accepted by the consumer?


Individual ingredients pose specific problems. Although sugar reduction is not itemised as a specific pledge, it is covered under the 'calorie reduction pledge', and manufacturers have been looking at ways of reducing sugar levels in a variety of formulated products for some time. However, sugar often has a functional role in the product, not just a sweetening role. So there is no simple fix – a 'tool box' approach is often required.


High potency sweeteners, such as acesulfame K and aspartame, can provide sweetening properties, but not functional properties. Surveys also suggest that some consumers have a negative view of artificial sweeteners. Recent increases in launches of products containing stevia extracts (steviol glycosides) suggest that manufacturers are trying to provide a more natural alternative, although there are issues with labelling it as 'natural'. There are also technical challenges with the use of steviol glycosides. For example, flavour taints in some products and maximum permitted dosage rates prevent them from being used as a sole sweetener in many products.


Polyols are lower–calorie alternatives to sugar, and may be blended with other products (e.g. steviol glycosides with erythritol). However, they are generally less sweet than sugar, and are not permitted for use in some applications (such as in beverages). Use of polyols at more than 10% within formulations will also trigger the undesirable label requirement regarding laxative effects.


Salt reduction challenges include compensating for its functions such as flavour and microbiological control. The many options for reducing salt include direct or partial replacers, flavour enhancers, and finding different ways of 'presenting' salt particles (hollow salt balls, fine or flaked salt), so that lower levels have the same flavour effect. New targets for salt reduction as part of the responsibility deal are due to be published at the end of the year, challenging product developers to further reduce salt levels.


Fat provides many functions in food, including flavour and texture. There is much work being undertaken under the banner of fat reduction, such as the use of ingredients to replace the texture/mouth feel properties, or novel emulsion systems (e.g. water–oil–water emulsions).


Our role in the field of salt, fat and sugar reduction is to investigate what is technically possible, and to inform members of what works, what does not, and any knock–on effects that need to be considered. We are looking at salt reduction in food generally, as well as specific issues in bakery products, hard fat removal in bakery products, calorie reduction in food and drink (with an emphasis on sugar), the impact of product reformulation on microbiological stability, and the influence of health and nutrition claims on consumer choice.


For details on our project on Sweeteners and fat replacers for reducing calorie content of food and beverages visit our project webpage. 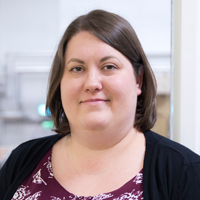 Rachel joined Campden BRI in 2009 as a packaging technologist after graduating from Reading university where she obtained a BSc in Food Science.

Titanium dioxide (TiO2), also known as E171, is widely used for optimising whiteness to foods. Following the adoption and publication of a new EU Regulation ...

This presentation explains the registration process that overseas food manufacturers need to go through when exporting their food products to China. ...