Sampling for food safety – are you doing it correctly?

Phil Voysey discusses the importance of sampling correctly to prevent microbiological issues which could lead to financial and brand-confidence losses, including the approaches taken to produce guidance to help industry sample correctly.

The principles of sampling are relatively simple. Samples are taken to represent a larger amount of a commodity. They are tested to determine if a hazard is ‘detectable’ or ‘not detectable’ and this, in turn, allows us to decide whether a commodity is ‘acceptable’ or not. Compared to, for example, HACCP and VACCP plans, sampling seems straightforward until we’re faced with questions such as “How many samples from a batch are adequate to show that the risk level is acceptable?”. It is then that we realise that there are no easy answers to this sort of question.

There are a variety of reasons why you would want to sample. It may be as part of an investigation (to support or disprove a hypothesis that a specific source contributed to an incident) following an outbreak . This was the case for an international producer of sliced cooked meats. Following an outbreak of listeriosis caused by their product, they identified Listeria harbourage sites deep inside their meat slicers (due to ineffective cleaning). This pathogen was not previously detected due to an inadequate sampling method which didn’t detect Listeria.

Sampling can also prevent considerable costs to a business. A supplier of a processed ingredient incurred a substantial financial loss due to adverse mycotoxin test results when poor sampling methodology was followed. This led to the supplier destroying material worth hundreds of thousands of pounds. Potentially, this was a preventable outcome if the correct guidance was followed. Alternatively, sampling may be carried out for quality assurance reasons or it may be part of conformity/compliance testing. Regardless of why it is performed, there are some ‘weaknesses’ to sampling.

A ‘sample’ represents the ‘population’ from which it is drawn. Samples are not perfect representations of food safety. In fact, it is never possible to take enough samples to show that a hazard is not present, and this leads to a compromise situation between the number of samples taken and cost. Also, given that no sample can be perfectly collected, and that any analytical method has its inherent error (measurement uncertainty), it is inevitable that even for two samples, taken in an identical manner, at the same time and from the same batch or lot, will yield different test results. To add to this, it should be recognised that the absence of a hazard in a sample is not evidence of its absence from the lot which the sample was taken from.

No feasible end-product sampling scheme can, by itself, give adequate confidence in the safety or quality of foods. Such confidence comes from systems such as HACCP and good practices which have been developed to ‘control’ hazards. This means the purpose of sampling has changed from attempting to show that a hazard is not present, to attempting to show that the risk management systems are working and to show due diligence. Even with the change of emphasis on sampling, there is little understandable practical guidance that can help practitioners with correct food sampling.

To address the food industry’s need for a practical guide on sampling, we have released Guideline No. 78: ‘Sampling for food safety – a practical guide’. This document describes and discusses sampling for different hazards associated with the sector including microorganisms, chemicals and allergens.

The comprehensive guideline discusses common reasons for testing and provides examples of scenarios with different types of hazard. A key focus of the document, which many manufacturers struggle with, is building a sampling plan. For many years samples have been widely used to decide the acceptance/rejection of ‘lots’. Such procedures have been formalised as ‘acceptance sampling plans’ and incorporated into national and international standards. However, there are many variations between different acceptance sampling plans, which is why we have broken down the specifications to help manufacturers understand, for example, how to develop a plan to show conformance or non-conformance. This section comes with food safety criteria examples in terms of acceptance sampling plans to provide manufacturers with a ballpark of what they can expect their plan to look like. As an area of information that has long needed clarification, the industry can now have this knowledge at their fingertips.

Another major section to this document is representative sampling. Taking a sample that represents a ‘lot’ is one of the first considerations that must be made to ensure no bias. But how is this achieved? Random sampling is the short answer. However, this can sometimes be difficult, due to every part of a ‘lot’ not being equally accessible. Therefore, the guideline also factors in the considerations associated with practical sampling in different circumstances.

Most importantly, the guideline focuses on the purposes of the testing and sampling, with guidance towards what actions will be taken when/if different results are obtained. Examples of food industry incidents are given, where sampling could have been performed better to help prevent you from making the same (potentially detrimental) mistakes.

The guideline was part of a one-year project funded by our members. The project took a number of approaches to ensure the guideline becomes the comprehensive go-to document. The approaches included:

Another member-funded project of ours will follow a similar approach to this one. It will produce an up-to-date ‘one-stop-shop’ guideline document on controlling Listeria during food production. As 2018 saw the largest listeriosis outbreak ever recorded, the need for this guideline became clear - Listeria monocytogenes-contaminated South African polony sausage caused 200 deaths and it became apparent that the food industry still does not have the measure of this pathogen. This project will run for two years and the guideline will become available in 2021.

Go to G78: ‘Sampling for food safety – a practical guide’ 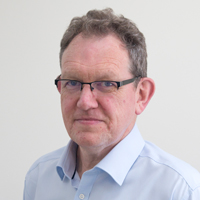 Phil is a Section Manager in the Microbiology Department at Campden BRI and his Section’s duties include organising and running microbiology training courses and the Campden Microbiology Proficiency Scheme.

Contamination issues: Which foods are prone to which pathogens? And why?

Which foods are prone to which pathogens? Knowing this can help you prepare to prevent issues from specific pathogenic organisms.