Demonstrating control of Listeria in food

A challenge for food business operators when showing effective control of Listeria in ready-to-eat foods is the uncertainty of whether their evidence to control this pathogen will be accepted by the competent authorities. In this video, microbiologist Gail Betts discusses how her new member-funded research project will tackle this issue. 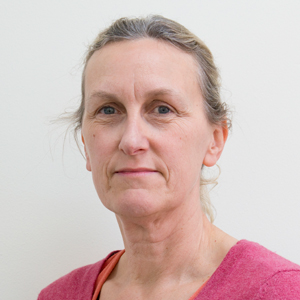 Dr Gail Betts has worked at Campden BRI for over 38 years. She started working in our Thermal Microbiology group in 1984 and was part of the research team that produced the data on the heat resistance of Listeria monocytogenes and Clostridium botulinum.

All food business operators must show that their ready-to-eat foods are safe in terms of Listeria monocytogenes. It's really important that they do this because it's a legal obligation and in European microbiological criteria legislation. There's a particular regulation number 2073/2005 which has limits for different categories of ready-to-eat foods so all food business operators must show compliance with that regulation.

The challenge that arises when you're trying to show effective control of Listeria ready-to-eat foods is that you're not sure exactly what type of evidence is going to be acceptable to either your customers or to the competent authorities and there's some examples in the media of how food business operators have recently failed to do this. There have been incidences of Listeria outbreaks through foods or there have been cases where ready-to-eat food products have had to be recalled because the food business operators have not been able to show that they've got effective control of this organism in those food products.

There are a number different types of evidence that food business operators can gather. The first of these is challenge testing this is where you take a food product and deliberately inoculate it with Listeria and you store it over its normal storage conditions and see if it grows in the product during its life. Another method you can use is predictive modelling this is where you're using a mathematical model to effectively predict a likelihood of Listeria growing in the food product and you do this based on the properties of the food such as its pH and water activity. Another one durability studies and again you're looking for the growth of Listeria in the food project but this time you're not inoculating it, you're just hoping that you can find a naturally contaminated batch and therefore you see what would happen to the levels of Listeria in that food product if it ever happened to become contaminated. Finally there's what we call historical evidence. So all food business operators will gather information on the likelihood of finding Listeria when their food factories or in their products and if you collect all that data together then it will show the competent authorities the likelihood of their food from being contaminated in the first place with this organism.

The problem with looking for evidence for Listeria controllers is that are the reason to general consensus across the whole of the food industry, so competent authorities on customers might give more credence to one piece of evidence than another. So what we're really hoping to do is to get a broad approach that everyone can buy into, so everyone views the different types of evidence in the same way.

We're just about to start a new research project at Campden BRI which is looking into the whole issue of effective control of Listeria ready-to-eat in foods. So I'm quite excited to have the opportunity to work with industry and we're going to gather a group of experts together which represent manufacturers retailers scientific experts and competent authorities to sit down and look at some evidence that we're going to gather from case studies. We're going to go into two or three different factory environments produce some different types of food and I'm going to gather evidence from the different approaches that I've mentioned before. We're going to do some challenge tests on the foods we're going to look at historical evidence durability studies if we can find some naturally contaminated batches and some predictive model modeling and then we'll get their group together and I'll look at the impact of the different sources of evidence. Hopefully you'll be able to assign scores to these so that anyone wanting to see if they've got control of Listeria in their factories know that if they get a score of 15 then they're safe, if they get a score of maybe five then there isn't enough evidence to show that they have Listeria under control.

More on NPD and reformulation

Sowing the seeds of success for plant-based product

With the growing adoption of plant-based diets, is your NPD capitalising on recent trends and meeting the expectations of an increasingly discerning customer...

Consumer choice has never been greater. How can you continue to capture the consumer’s attention in a saturated market and ensure your product’s success?