Despite all the innovative, alternative technologies that enter the food industry each year, heat appears to triumph over all as it remains the main process used to preserve foods.

Whether it’s through thermal processing of a filled pack or via continuous processing, the heat preserved foods sector is becoming one of the largest and commercially important. You can begin to see why when you consider the sheer breadth of foods included within it. Put simply, it includes all packaged and ambient stable foods that are given a thermal process to extend their shelf-life.

It’s vital then that the right guidance for this sector is available and current to provide food business operators the best practices to manage risk. Among the many guidelines produced over the years, one of the most popular was first printed over 25 years ago (pre-dating the widespread use of the internet!) which highlights the need to create an updated version.

That time is now.

Here I’ll discuss the legacy of one of the most popular guidelines, the approaches we’re taking to update it and how you can get involved.

The background: Guidelines gone by

As such a large sector, it’s just as well that heat preserved foods have a very impressive recent food safety record. There are very few incidents where ambient food packs have failed through one of the recognised mechanisms in which microorganisms can gain entry to the food. Part of the reason for this is down to the informative standards which have helped manufacturers manage risk correctly.

It helps to have access to recognised industry standards when setting up manufacturing processes. Campden BRI has written many such standards that cover different aspects of the manufacture of heat preserved foods. The following table highlights relevant guidelines.

However, there is one guideline that is considered essential to follow for the UK industry. This is the 1994 Department of Health (DoH) ‘Guidelines for the Safe Production of Heat Preserved Foods’. It is known in the industry as the little red or orange booklet (depending on how much the cover has faded over time). It is widely used by UK companies involved with all aspects of heat preserved foods such as their production, import, distribution and retail, education of the workforce and enforcement of the laws. Since its publication, the standard has also become a staple reference for many businesses across the globe due to its handy, informative nature.

The little red or orange book: a staple reference for any business involved with heat preserved foods. Our team at Campden BRI managed production of the Department of Health's world-renowned guideline.

Preparation of the DoH guideline was managed by our team at Campden BRI (then known as the Campden Food and Drink Research Association). A working party of expert individuals from companies involved with heat preserved foods was put together to provide technical input to the guidelines. This involved 31 individuals with a combined industry experience of over 600 years! It was a diverse group that made up this working party, comprising 14 processing companies, four retailers and five other companies representing packaging, equipment, and Government representation. Publication and distribution of the guideline was the responsibility of the Department of Health through Her Majesty’s Stationery Office (HMSO).

Over the years, print quantities running into their thousands firmly established this guideline as a highly informative and trusted resource for many food businesses throughout the world. Unfortunately, the booklet has been out of print for many years. Used copies can, on occasion, be found from online retailers but at very high prices.

It comes as no surprise that the time has come to update the guideline. Mostly, this is to reflect changes in computing technology that have enabled companies to operate more efficiently in all aspects from ingredient control through to electronic data capture and storage. It can be difficult to remember what technology we used back in 1994, all of 26 years ago. Technology advancement has happened at pace in these intervening years. The Internet had just been invented as the World Wide Web, Windows 95 was still a year away, 3.5” floppy discs used in desktops could store only about 100Mb of data, the concept of a laptop was a few years away and mobile phones were in their infancy and known as cell phones. There was nothing ‘smart’ about this technology compared with today.

To address this and oversee the guideline re-write, Campden BRI has begun to put a Working Party together from its Member Interest Groups (MIGs). The Processing, operations and preservation (POP) MIG already has the Thermal processing working group (TPWG) which has pushed hard for the guideline to be updated, and it is this group who will take the lead. The challenge has been securing funding to cover the costs for this project. Fortunately, recent changes to the way Campden BRI manage its Member Funded Research Programme will enable some funds to be allocated to this initiative. This will get the project going, which is often the most difficult task.

The project to update the guideline is now underway and the intention is to have the document completed by the end of the year, available to buy by January 2022.

The project to update the guideline is now underway and the intention is to have the document completed by the end of the year, available to buy by January 2022. However, there needs to be approval by Government agencies so that the updated guideline has the same impact as the 1994 original. This approval will be sought during the early stages of the project. Once given, the guideline will join those we’ve already published and, if interested, will be able to purchase a copy through our website.

Want to get involved?

There is a lot to do on this project if it is to be completed within one year. We are interested to know if you would like to be a member of the TPWG and have an input into the guideline re-write. Early meetings of the TPWG will be through Microsoft Teams but there is a good chance the last meeting will be face-to-face. Most correspondence will be via email as we develop the updated document. This is in contrast to the 1994 DoH guideline which had to organised via letter as email was not yet made available! 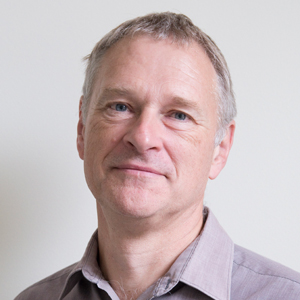 Get involved with the project

We’d love to hear what you would like included in the heat preserved foods guideline. Get in touch to let us know.

If you’d like to find out more about thermal processing, contact our support team to find out how we can help.

More on Manufacturing and processing

The digitisation of processing – what role does Industry 4.0 play?

What are the benefits of applying Indsutry 4.0? In this blog we use a recent case study to demonstrate how introducing Industry 4.0 to an SME bakery boosted ...