Mushroom-related outbreaks – what caused them?

Mushrooms are part of the fungal kingdom, so very similar to yeast and moulds. But, contrary to what people think, this is not necessarily the reason why they’re of interest to food microbiologists. Salmonella, Listeria and Staphylococcus have all been linked to mushrooms, even as recently as this year, highlighting the need for the industry to remain vigilant when producing, handling and processing this macroorganism.

Most of the mushrooms we see in shops today are of the Genus Agaricus, but we now see a great variety of other mushrooms available in shops - some locally grown and some imported. In Europe, most mushrooms are grown on compost that has often been treated to reduce the level of general bacteria and pathogens that may be present within it. The compost tends to be covered in a casing of peat with lime or chalk to increase pH. It’s kept moist and may be “disturbed” to encourage the formation of fungal mycelium and eventually fruiting bodies, these being the mushroom caps which are harvested for sale.

Now an important part of many people’s diet, what’s the potential for mushrooms to cause bacterial food poisoning?

One of the first instances to be widely noted in the UK occurred in 2001 when a small outbreak of E. coli food poisoning was being investigated. During the investigation, a batch of mushrooms that were not associated with the outbreak were tested and results indicated the presence of the pathogen Salmonella Kedougou. Further testing found the Salmonella in mushrooms, compost and casing but, surprisingly, no cases of food poisoning appear to have been attributed to this issue. Nevertheless the UK Food Standards Agency recommended that mushrooms be washed and peeled if they were going to be consumed in their raw state.

Now let’s fast forward to 2020 in the USA where Salmonella again appears to be linked to mushrooms. This time it was imported dried wood ear mushrooms linked to an outbreak affecting 55 people. The outbreak strain of Salmonella Stanley was the culprit and found in a batch of dried mushrooms imported from China and distributed to restaurants (not sold directly to consumers). The result? In September 2020 the product was recalled in the USA while the US Food and Drug Administration recommended that to kill any pathogens, all dried mushrooms should be reconstituted in boiling water.

Moving away from Salmonella, 2020 also saw an outbreak of Listeriosis linked to mushrooms in North America. This time it was with Enoki mushrooms imported from Korea. The Korean Ministry of Food and Drug Safety investigated the issue and found Listeria monocytogenes in Enoki mushrooms produced by two companies. The outbreak resulted in 36 cases, 31 people were hospitalised and there were four deaths, again highlighting the seriousness of Listeria monocytogenes as a foodborne pathogen.

Interestingly, this issue also caused problems in Canada which had six cases and Australia with five cases. These latter two countries were able to link the illness-causing strains to the US outbreak using DNA sequence analysis. It provided a great example of how powerful this technique can be at tracing the source of foodborne outbreaks.

Many of us in the industry are aware of the safety of canned food. Using high temperatures, the canning process inactivates a range of vegetative bacteria and spores. However, back in 1989, canned mushrooms from China were associated with an outbreak of staphylococcal food poisoning in the USA. Nearly 100 people were reported to have been affected with a number being hospitalised. When the canned mushrooms were tested, it was not the pathogenic organism itself that was found, but its toxin: staphylococcal enterotoxin. What remained was the need to identify how this toxin found its way into the canned mushrooms, and at such high levels.

The US authorities performed a thorough investigation and concluded that the mushrooms were extensively handled before canning which, like we saw in September’s micro article on onions, can create the opportunity for contamination. The mushrooms were then stored at ambient temperatures in brine. To the layman, this may sound fine as salt can inhibit the growth of many microorganisms. However, Staphylococci tend to be quite salt-tolerant, which may explain what led to the growth of this organism and ultimately the high level of its toxin in this food.

So why didn’t the heat treatment prevent food poisoning?

While the canning process may have inactivated many of the bacteria, staphylococcal enterotoxin is highly heat resistant and some would have survived the process used, causing these outbreaks. This incident really highlights that we must constantly employ the highest standards in hygiene at all points of production and always be aware that microorganisms have the ability to utilise any omissions in control measures.

Should you pick your own mushrooms?

The issues with commercially produced mushrooms may tempt the unwary to simply go out and pick their own. However, we must always remember that, although many of us consider edible mushrooms an exceptionally good and tasty food, there are numerous less than ‘friendly’ species growing in our environment that can be highly toxic if consumed. Earlier this year, the French Food Authority ANSES reported high levels of intoxication due to the consumption of toxic species of mushroom. They reported that in 2019 there were more than 2000 cases of mushroom-linked intoxication, 24 of which were life-threatening and resulted in three deaths.

So, we can conclude that with suitable care and implementation of hygienic measures, mushrooms are an excellent addition to our food supply. Also, for those wishing to collect their own mushrooms, the best advice is to take great care to only use those that can be definitively identified as non-toxic species.

At Campden BRI, we offer microbiology testing and microbiological risk assessment. As well as routine microbiological analysis to determine levels of microorganisms in foods, we can identify what the organisms are and investigate the source of any contamination problems – including those with mushrooms! If you have any questions, please drop me a line. 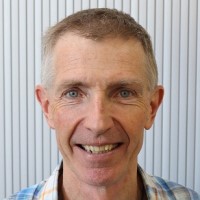 Roy Betts is a Fellow at Campden BRI, an independent international food consultancy and research organisation based in the UK.

E. coli, STEC, VTEC, O157… confused about the terms used for different groups of Escherichia coli and their relative food safety risks? You’re not alone. We often hear about the presence of “E. coli” and their use as a “faecal indicator”, or of STEC and its pathogenicity and symptoms, but regardless of what you may already know about them, to understand E. coli we must start at the beginning. Read the full blog ....