What makes a good cake?


Take a second to think about what makes a good cake… chances are one of the words you thought of was fluffiness. Easy, right? However, what does fluffy actually mean? Also, can we measure it? These were the questions we asked ourselves at Campden BRI as part of a research club with Kenwood/Delonghi (the makers of the domestic planetary mixers) and Upfield/Unilever (the producers of cake margarines). From their own research, Kenwood/Delonghi and Upfield/Unilever explained that consumers recognise fluffiness as an important parameter for cake quality. This article gives an overview of our attempt to define fluffiness (cake fluffiness only) and to derive an equation to measure it.


Cake ‘fluffiness’ is commonly used as a desirable quality for cakes and the term is regularly used in adverts and on the packaging of cake products. It is therefore important to be able to quantify fluffiness when developing new and current recipes/processes or when making claims that one cake is fluffier than another. Common descriptors of cake fluffiness include: soft, light, airy, crumbly, springy and moist. It appears that there is no single accepted definition of cake fluffiness, so the challenge to measure cake fluffiness was greater than we first thought.


Is density a factor?


Focusing on what we knew and could already measure, a range of different types of cakes were baked, their textural properties analysed using a texture analyser, and their density measured using a laser volume measuring system (Volscan). Informal sensory assessment was carried out by the project team and comments noted about the different cakes. This helped us identify if a cake was considered fluffy or not, rather than how fluffy it was. From these results it was concluded that one type of cake (fatless sponge) was unanimously accepted as not fluffy when compared to the other samples. This was significant because this cake had the lowest density of all the cake types by a considerable amount. Therefore, objectively, this was the most ‘light and airy’. Comments such as ‘dry’ and ‘hard’ meant that the cake was identified as not fluffy. This was also corroborated by the texture analysis results in which the fatless sponge had the highest firmness value. Based on these findings, it was decided that density would no longer be used as a parameter to measure fluffiness; instead focus would only be on the texture.


The importance of texture


Next, the textural properties were analysed using a texture profile analysis (TPA) test. TPA is a double compression test which is commonly used for cakes and bread. It not only measures the firmness but also the recovery/destruction of the sample. Firmness is the maximum force reached during the first compression and softness is just the opposite of this i.e. the cake with the lowest firmness value is the softest. After further informal sensory analysis, the results were compared to the TPA results and it was found that there was a strong correlation between the softest cakes and the cakes which were perceived to be the fluffiest. This finding provided the basis for using softness (firmness) as a main parameter in objectively describing fluffiness.


However, we hypothesised that softness was not the only parameter to consider when determining if a cake was fluffy or not. We considered other parameters that were also generated from the TPA, such as springiness. Springiness is defined, from a TPA test, as how far the cake ‘springs’ back between compressions. We noted that some of the softer cakes were ‘claggy’ and it was observed on the texture analyser that they were also not as springy. That is, when compressed with a finger, they squash easily, but do not bounce back. It was then decided to use springiness along with softness, as the main parameters for describing fluffiness objectively.


During a TPA test on cake, the samples are compressed to a specific percentage of their original height - this is known as the strain. The aim was to vary the magnitude of the strain and investigate the effect on the values of springiness. During compression of the cake to a higher strain, the differences in springiness values between the cakes became more distinct. Our tests showed that some samples of cakes maintained higher levels of springiness than others (Figure 1). The cakes that did not maintain a high springiness value when compressed to a strain of 75% were also described as dry, crumbly and most significantly not fluffy i.e. the cake structure breaks instead of holding its shape. This result lead us to use the higher value of strain of 75% in the method for the TPA tested.

Figure 1. A graph showing the effect of changing strain on springiness of cakes A-E


Putting it all together


What did we conclude? We defined a fluffy cake as a soft and springy cake!


The next challenge was to incorporate these parameters into an equation that could be used to generate a fluffiness value.


The first proposed equation was:


With the parameters and the method confirmed, the equation can be written as follows:

Cake quality is described and measured in numerous different ways and varies from person to person and from cake to cake. Fluffiness is just one of the characteristics that can make a cake delicious and desirable. This equation and definition give some clarity to an instrumental measurement of fluffiness. It is an arbitrary method of quantifying fluffiness that works for the cakes studied in this project. The values obtained are meant to provide a relative judgement on cake fluffiness. The units depend on firmness and the value chosen for ‘n’, which is the relative ‘importance’ of springiness. The value of K, which is a multiplication factor, was chosen to give numbers in the region 0 – 100. Through the series of experiments, informal sensory trials and discussion, we determined that the most suitable values were K = 106 and n = 5.


We hope that this attempt to define and measure the much-used term ‘cake fluffiness’ is of interest and has both application and value in the food industry (the TPA method is provided below). We expect further research will be required to develop the scale for different cakes to find the optimum for each, using the test in conjunction with consumer and sensory testing and market research analysis.

Figure 2. Three graphs showing the effect of increasing ‘n’ in the fluffiness equation for 5 cake samples


A Stable Microsystems TA.XT plus was used in compression mode for a TPA test (double compression). A flat 45 mm diameter disk probe was used to compress a cylinder of cake with a diameter 40 mm and height of 15 mm.


Firmness and springiness values were calculated by the Exponent software associated with the standard macro analysis for the standard TPA test.


This article was originally published in European Baker & Biscuit magazine. 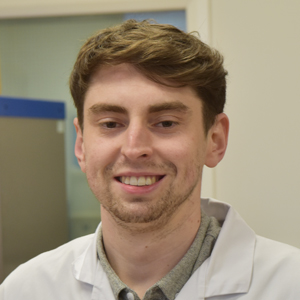 Jo is leader of the Food and Drink Microstructure section of the Product Innovation Department. Jo's main roles include product assessment, with a focus on the physical properties of food products and ingredient functionality.

What causes bread dough to rise?

A great deal is written about the way that yeast produces carbon dioxide to leaven bread dough during proof. However, there are other gases such as ethanol a...

Sourcing ingredients from new suppliers – are you getting what you paid for?

One of the many effects of the coronavirus pandemic has been the disruption to the supply and availability of ingredients for the food industry.

Food colour – just how important is it?

Colour is one of the most important sensory aspects of food and drink. As well as indicating its likely freshness and flavour,

Characterising the physical properties of food

This webinar explains how understanding physical properties can help you to improve or troubleshoot your product.

This project will develop an improved capability to design products with the required texture by modelling the effects of differences in structure.