In this video Greg Jones discusses the applications of AMP to the food and drink industry, such as factory hygiene, traceability, authenticity and shelf life. 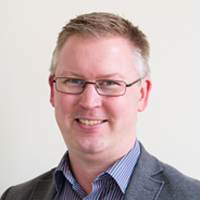 In the food and drink industry microbiology has always traditionally relied on culture, so we have been able to come up with figures of- we have about a million colony forming units of a particular organism in per gram of this product.


AMP is a different way of looking at the micro flora a product, instead of counting colonies on plates what we can do is look at the proportions of individual species within the food matrix. This allows us to get a much finer amount of detail in our analysis and we can start to compare populations against each other, which gives us the ability to answer questions such as - is area A the same as area B in terms of the microbial population, how similar are the microbial populations on different food types, on different products, between different batches, for example, and we can also start to get into far greater detail in terms of the overall composition of the micro flora.


AMP is a technique based on recent advances in sequencing technology. Before we could sequence a single DNA molecule from an isolated microorganism, now we can sequence many thousands of molecules without the need to culture the organisms first. This means we can cut the culture out of the analysis and we can go straight to the sequencing, this gives us the ability to sequence a large number of different species all at once and then identify those species, giving us a less biased picture of the population of a particular micro flora.


AMP is a brilliant, powerful new technique but it does not mean that you don't have to design a good experiment, good experimental design is absolutely key with AMP as it is with anything else. Companies need to think about what question it is that they want to answer, with AMP. For example, a general survey of a microbial population is always useful, however, it is far more useful to do that survey targeted at comparing, say, a high care area this is a low care area of a factory and with AMP one can get so much detail out of it that you can start to talk about the origin of different subsets of the populations you thought you find. So, if, for example, the high care area of a factory is found to have some microorganisms which are generally associated with soil then we can say that there is likely to be a route of contamination associated with, maybe, footwear.


AMP can be used alongside existing microbiological techniques to give a much finer idea of the populations which are appearing on an agar plate. We can also use AMP as a stand-alone method of comparing microbial populations against each other to spot differences between microbial populations. This gives us the ability to track the effect on the microflora of changes in manufacture such as changes in gas atmosphere, changes in cleaning regime, or even the change that a new piece of equipment would have on the microflora of the product.


Campden BRI are actively involved in researching AMP to see how it can be applied to the food industry. We are currently looking at AMP via our shelf-life plus project and we have used it in several different situations to demonstrate how the technique can be used. We've used it to accurately look at the shelf-life of a hamburger product, we have used it to identify different batches of chicken according to their micro flora, we have used it in a situation where we were looking at the spoilage of a product as well, and we are also looking at cheese authenticity on this project too, so things like Grana Padano cheese versus Parmesan cheese.


It's very interesting how much this technique can be used by industry and we are always getting suggestions from people about how it can be used, so if you would like to get involved and please get in touch with us.