BRC Global Standard for Food Safety Issue 8 was launched in August 2018, with the first conducted against it from 1st February 2019. In this video Richard Leathers, Food Safety Management Specialist, discusses the key changes to the standard, including: 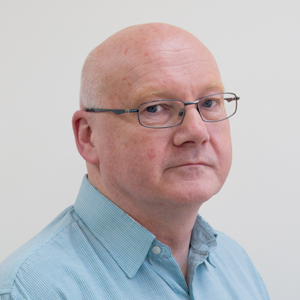 The BRC Global Standard for Food Safety version 8 is coming out in August 2018, the first audits are going to be in February 2019, which gives companies about six months to start embedding systems. A lot of companies are starting to work on it now because there's a lot of quite significant changes. We worked on the standard throughout 2017 before it went into public consultation, and it was worked on with a quite intensive group of certification bodies, manufacturers, retailers and independent bodies.

There's lots of key changes that have happened in version 8. One of the first ones is the really early clause 1.1.2. which introduces food safety and quality culture. There's another one of these videos coming that talks about this in a bit more detail. There's lots of changes in section 2 which is the HACCP section. A lot of them are to comply with the US requirements, because it is truly a global standard, that talk about requirements for PC QI or preventive control qualified individuals in North America. One of the things it stipulates is that members of the food safety team are actually trained rather than just have experience and knowledge.

Some changes in clause 3.4.1. internal audits, this is a big area of non conformance at audit for BRC. It’s now changed to say that there have to be four different audit dates spread throughout the year rather than just a block of audits immediately prior to the BRC audit.

One of the big areas of change within BRC version 8 is supplier approval and supplier monitoring. Previously they were put together in one section now they split because supplier approval is one thing, supply monitoring is a separate measure and control. So, there's now two clauses 3.5.1.2. and 3.5.1.3.

Throughout the standard in versions 6 and 7 there's been various mentions of root cause analysis, but there's never been a clause that says how, where, why we have to do it. There's now going to be a clause of 3.7.3. that actually stipulates this and here at Campden BRI we've got a course in root cause analysis to help members with that. Another area where we've got a course that's been developed to help members is section 4.2, which now brings in food defence. We've covered this within TACCP and teamed it up with food fraud. So, food fraud and food defence under the past controls and clause 4.4.2. talks about having internal controls and external controls that have to be identified and measured.

Clause 4.4.6. is talking about very specific details within a factory and it details elevated walkways and the controls there. If you think about some of the walkways that go over product lines and open products, often they're open and exposed and difficult to clean and it's about having hygienically designed equipment. Still talking about hygienic design and sanitation, there's some new changes in new requirements in clause 4.11.7.1. for CIP or clean in place systems. This is particularly relevant to dairies, breweries and any area that might have a CIP system in place. One of the big areas of change in version 8 is 4.11.8. which brings in environmental monitoring. A lot of companies have a lacking of systems and a lack of controls within this area. The new clause says that it has to be an environmental monitoring program and it defines specifically what controls and measures have to be in place for open and ready-to-eat product. So, it's not just necessarily sandwiches it could be bread, it could be biscuits, it could be a lot of areas that we'll have to put new systems in place.

Another area is clause 5.2.5. on validated cooking instructions. This is an area where Campden BRI has been incredibly busy helping member companies, if you put a cooking instruction on a pack, then there has to be a validation of that system.

There's also two new sections for BRC version 8, the new section 8 is some of the requirements that were in the old section 4 and this is for high care, high risk, ambient high care and zoning. These are now all grouped into one region. There is a new section 9 is on traded goods. Previously, this was additional voluntary module and now it's part of the standard where this applies so we've got a new section 9 as well as a new section 8.

We've been doing lots of work here at Campden BRI with member companies in terms of consultancy, guidance, training and advice. We're having a series of seminars here in September, October and November but, we're also going out and visiting member companies with specific and generic changes to the standard.

Now in its seventh year, Campden BRI in partnership with TSI, delivered the Safety and Quality Culture Excellence conference to an online audience on the 8 a...